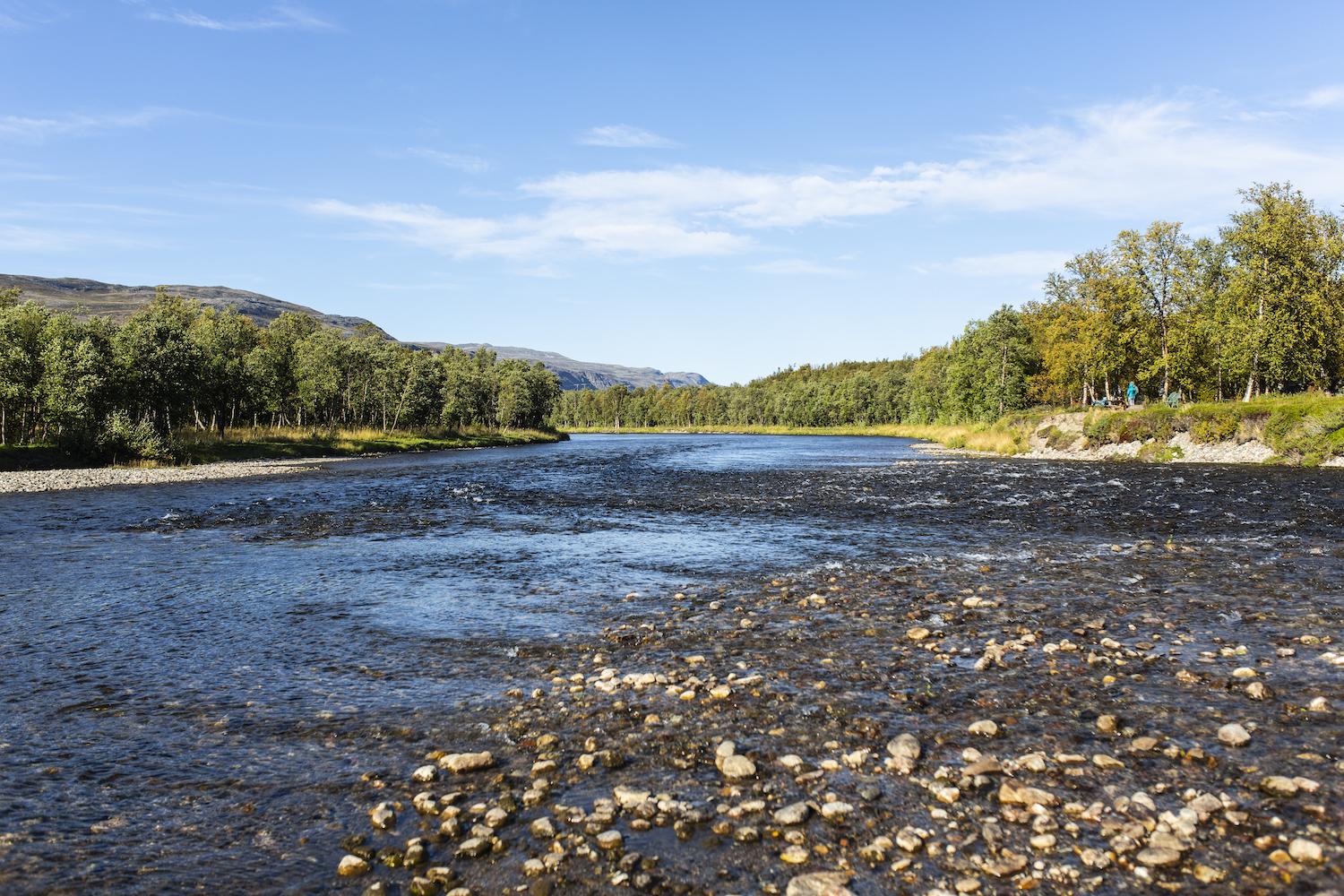 The Soldatnes salmon fishing beat is located on The Lakselva River in the local community of Porsanger in Norway, in the upper part of zone 2. The beat has varied and very interesting fishing water with adequate water flow through this entire stretch of the river. The current along this great stretch of water is very well suited for fly-fishing. . The beat can be fished by a maximum of four rods, which can be shared by those who visit Soldatnes. Throughout the beat it is possible to cover all holding spots with a double-handed fly rod or a switch rod without any need for deep wading. Almost all holding spots can be covered effectively with short casts of 15-25 meters, as most taking spots are found on our side of the main current.

Soldatnes is an important spawning area. There is almost no regular spawning gravel with pebbles throughout the stretch, but instead mostly fist-sized rocks and larger. Mostly larger salmon spawn here.  Soldatnes Salmon Fishing Beat is ”Fly-only

For a number of years, the Lakselva has been at the very top of the list in Norway for average size of landed salmon. Over 40% of landed salmon are MSW (multi sea winter) salmon over 7 kg. In the latter years more than 40% of the reported salmon from Lakselva have been caught in zone 2, and a substantial number of these have been caught on private beats such as Soldatnes. The largest reported salmon from Lakselv during the fishing season in 2011 was caught by Nick Lloyd in the Stueneskulpen (or Stuenes Pool), which is the uppermost pool on Soldatnes. The salmon measured 137 cm, and was rather modestly estimated at 25 kg, before it was carefully released back into the river.

Some days you have to work so hard just to get a grab, and other days salmon fishing seems so easy. Lakselva is not a “large number river”. But it is here you have the chance of catching the fish of a lifetime. 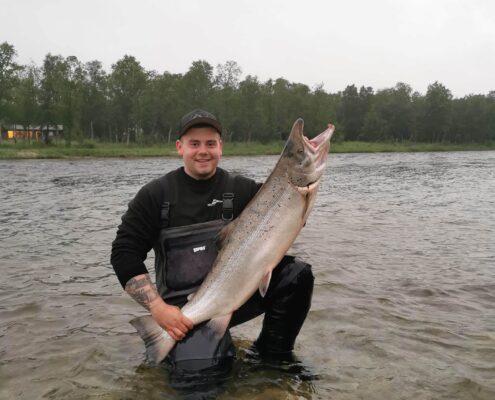 I was born in Copenhagen in year 1968 and 50 years later a big dream came true. I became the owner of one of the best salmon fishing beats in Lakselva. Besides chasing salmon, I do a lot of sea trout fishing in Denmark. I live in Vejle near some of the best sea trout streams in the country. That means a lot of nights with nearly no sleep during the summer run of the sea trout. Besides fishing, I enjoy the life as a married man and being a father of 4 wonderful children. I am a chemical engineer -But I have to admit it’s the salmon fly fishing that causes my heart to beat the fastest! 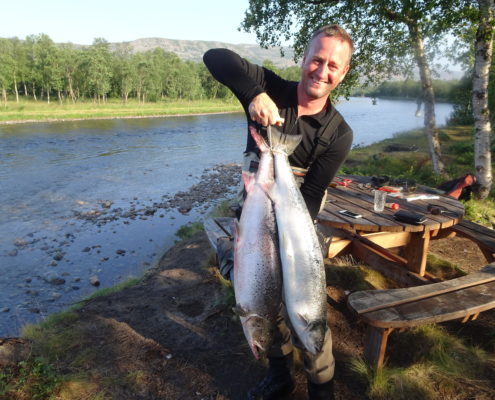